Sad at the loss of the strut 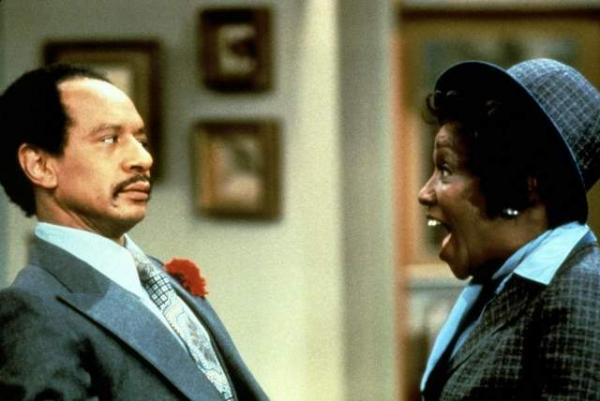 Yesterday the star of the Jefferson’s passed away. Sherman Hemsley was 74 years old. My favorite show growing up was the Jefferson’s (and What’s Happening). It was George’s strut particularly that as a child I tried to emulate. No one in the world can strut better – except for Mick Jagger, of course:

Looking back, I’m so grateful that a show like the Jefferson’s existed. It opened my mind to life on another level – and ushered in tolerance for millions of people. If it wasn’t for George – and a handful of other groundbreaking African American actors – we wouldn’t be where we are today.

In memory of George and his strutness – I’ve compiled photos from the series to take a look at the fashion that was happening at that time. All I can say is that it was plaid, colorful and extremely flammable.

1 Response to Sad at the loss of the strut